You are browsing the site archives by date.

SNOWMEN in May – not unheard of in Scotland admittedly, but the youngsters at Holy Trinity will surely remember making them this Trinity Sunday. There is a poem to go […]

EASTER CONTINUES AT HOLY TRINITY WE are still in the season of Easter at Holy Trinity with all the beautiful Easter flowers, the paschal candle lit and egg-shaped prayers still […]

Easter at Holy Trinity Easter traditionally begins in Holy Trinity with the Easter Vigil in a dark church.  We hear passages from the Old Testament reminding us of God’s saving […]

Palm Sunday at Holy Trinity On Palm Sunday we begin Holy Week by celebrating Jesus’ ride into Jerusalem on the back of a donkey. The people cheered and waved palms […] 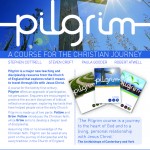 All Welcome Five weeks in Lent exploring the heart of Christian belief. A course based on the promises made at Baptism. You are welcome to come to as many or […]

Sunday 31 January 2016 Candlemass [sic] at Holy Trinity Candlemas is an ancient festival of the church. It celebrates Mary and Joseph presenting the baby Jesus at the temple where […] 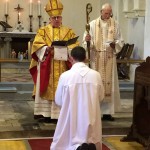 From Priest in Charge to Rector

On 17 January The Rt Rev Kevin Pearson, Bishop of Argyll and The Isles, collated the Very Rev Andrew Swift as the Rector of Holy Trinity Dunoon and St Paul’s […]

Sunday 17 January 2016 It wasn’t quite ‘standing room only’ up the hill at Holy Trinity last Sunday, but it came close. Holy Trinity and St Paul’s Rothesay joined forces […]